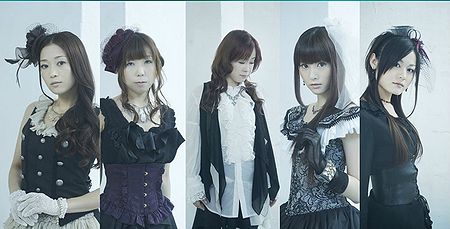 FictionJunction is a solo project of composer Kajiura Yuki with various female vocalists. Each vocalist forms a Japanese pop band with Kajiura as the composer. The first and most popular band is FictionJunction YUUKA with the hits "Akatsuki no Kuruma" and "Honoo no Tobira". Two members of the project, KEIKO and WAKANA, were sent to Kalafina, another group formed by Kajiura, and signed with Sony Music Entertainment. In February 2009, Kajiura brought all vocalists of FictionJunction together to revive the project.

FictionJunction project first formed by Kajiura Yuki with Nanri Yuuka as FictionJunction YUUKA. Their debut song, "Akatsuki no Kuruma," was first featured in the fourth suit CD of the anime Mobile Suit Gundam SEED. FictionJunction YUUKA officially debuted with the single "Hitomi no Kakera" in May 2004. Because of the popularity of the Gundam SEED series and fan favors for the song, "Akatsuki no Kuruma" was released separately as their third single in September 2004. One year later, their next single, "Honoo no Tobira," became the first voice actress single to hit #1 on the Oricon daily singles charts.

During that time, Kajiura also found other vocalists for the project. FictionJunction ASUKA debuted with the single, "everlasting song" on February 21, 2005. Other vocalists just released their songs through soundtrack albums written by Kajiura. She also brought KEIKO and WAKANA to Kalafina.

By the end of 2008, Kajiura announced that she will come back with the FictionJunction project after a short hiatus starting in July 2007. FictionJunction released a compilation album in February 2009 featuring previously soundtrack-exclusive songs from the anime Tsubasa Chronicle and El Cazador de la Bruja, covers of other Kajiura songs originally performed by her other songstresses, and two newly released songs from the anime Tsubasa Chronicle and Hokuto no Ken: Toki Den. Kajiura also announced that they will perform the opening theme song "Parallel Hearts" for the anime Pandora Hearts, an anime scored by Kajiura. Following the release of both albums was the announcement of the promotional live Yuki Kajiura LIVE vol.#4 "Everlasting Songs" Tour 2009.

In 2010, Kajiura announced that they will perform the opening theme song "Toki no Mukou Maboroshi no Sora" for the anime Ookami Kakushi. This project also started YUUKA's solo career in which she performed the ending theme song of the same anime. Though YUUKA had already released many other non-Kajiura songs before and during her FictionJunction YUUKA years, this marked her solo career as a major artist. However, YUUKA still performs together with Kajiura and the other FictionJunction vocalists in special live events.

From 2012 onward, Kajiura and the FictionJunction vocalists perform her newer compositions from her newest works. Later in June 2012, it was announced that they will perform the new ending theme of the anime Mobile Suit Gundam SEED HD Remastered.