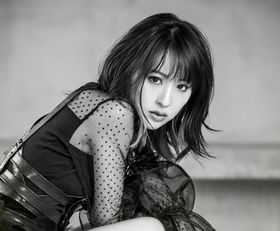 Ayano has always loved to sing songs and choreographed SPEED songs since she was around 3 years old. During her elementary school years, she liked J-Rock artists such as L'Arc~en~Ciel and the GazettE. During high school in Muroran, Hokkaido, she decided to "follow the singer's dream". After that, she went to vocational school in Sapporo and attended live appearances. She was shocked by Aoi Eir, and afterwards she decided to become an anime song singer. During the process, Ayano met producer YasudaFumio, and pre-debuted under the name "Mashiro" in the "Lisani! Vol. 17" appendix CD "Wingless Diver" released in May 2014. She changed her stage name to "Ayano Mashiro" for her second pre-debut work "Rena Chronicle" of "Lisani! Vol. 18"'s CD released in August of the same year. Her stage name "Mashiro" was named after the white snow of Hokkaido.

In 2014, Ayano made her debut on the Ariola Japan label with the single "ideal white", which served as the opening theme to Fate/stay night [Unlimited Blade Works]. She has released seven singles and one full length album to date.

Her seventh single, "GET OVER / confession / GLAMOROUS SKY", is released this week on July 17th.