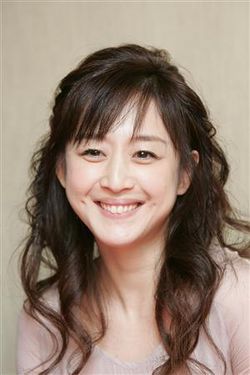 Aida Shoko (相田翔子) is a Japanese pop singer, tarento, actress, and was the other half of the pop duo Wink.

Aida Shoko got her start in music when a Shibuya Promotion scout would help with vocal lessons when she was in middle school. In the second of high school, Aida would debut as a solo singer in her school's chorus. But, she didn't get her first bout of fame until she won the grand prix with Suzuki Sachiko in the Wanibook and UP TO BOY Miss Contest in 1987. She would later on formed the pop duo Wink with Suzuki and released their first single a year after winning the grand prix, entitled "Sugar Baby Love". The group gain popularity after their third single, "Ai ga Tomaranai ~Turn It Into Love~", sold over a million copies and Wink would later win the Rookie of the Year award for the 1989 Japan Record Awards. She would also release her own solo album, Delphinium, in 1992 while in the group and also sang various songs in other albums. She would also start writing song lyrics for the group on various albums, starting with her 1992 album.

After Wink disbanded in 1996, Aida would embark on her own solo career that she wanted to go "her pace". She released her second solo album, first after Wink, on May 1996, JÓIA. For this album, she used the sound of bossa nova; and gained the help of Sergio Mendes and Ben Waterman to produce her second album. However, the album was not a commercial success and not very popular in Japan. She would also start a career as a personality in FM radio around this time.

At the beginning of 1998, Aida would start up a career as taranto by appearing on various variety shows. She also transferred labels to Up Front Work's Chichuukai label six years later in 2004. During this time, she would also release a DVD and photobook with then-Morning Musume member Iida Kaori, entitled Aegean Sea. This wasn't her first time with working with a someone associated with Hello! Project.

She started a career as an actress in 2006 by appearing in various movies, including her debut in the movie Niji no Megami Rainbow Song.