"Amaenbo" is the third single recorded by Otsuka Ai. It was released in two versions: a CD+DVD edition, and a CD edition. The first pressing the CD edition with a photo book illustrated by Otsuka (limited to the first 20,000 copies). The song was used as main theme for the Stona Rhini S commerical. There is a live recording of her previous hit single "Sakuranbo" that has been described has having a heavier rock sound.

The single reached #6 on the weekly Oricon chart, and it continued to rank for a total of 21 weeks. It sold 32,591 copies in its first week and the most recent figures show that it sold a total of 105,609 copies, and was certified Gold by the Recording Industry Association of Japan for the shipment of 100,000 units. 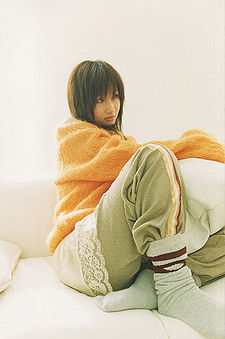