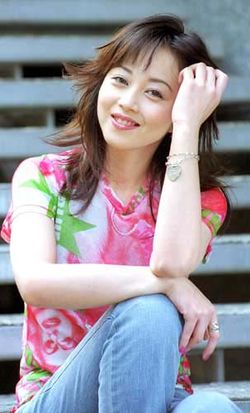 Asaka Yui (浅香唯) is a Japanese pop singer, actress, and talento. She was made famous in the 1980s for her hit singles and her role as Kazama Yui in the television dorama Sukeban Deka.

Asaka Yui got her start in show business when she won the grand prix for Girls Comics Orgazation's "The Scout Audition '84". When she won the award, Kawasaki Aki, her birth name, took on the stage name Asaka Yui due it being the name of her character in the comic published by the magazine Shooting Star.

In 1985, she became a regular assistant for the TBS television program EXPO Scramble. Later that year, she released her first single, "Natsu Shoujo", with the catch phrase "Phoenix Kara Kita Shoujo". She continued to release singles until her fifth single, "10-gatsu no Christmas", broke the Oricon Top 100, thus indicating that her popularity was on the rise.

During the same time as her music career, Asaka would go onto start an acting career. At the end on 1986, she landed the lead role for the third series of the popular dorama show Sukeban Deka. For her role as Kazama Yui, her character was suppose to talk a Kyushu dialect but Asaka couldn't do it, so the casting director fixed the dialect. Her sixth single, "Star", would also be used as the opening theme for the television show. The single shot up to #9 on the Oricon charts, indicating even more that Asaka Yui was getting more popular. This was case when the dorama theme song single, "Niji no Dreamer", reached the top of the Oricon charts. By the end of the dorama, she was the main vocals of the idol unit Kazama San Shimai with Onishi Yuka and Nakamura Yuma, releasing the chart topping single "Remember".

In 1988, Asaka continued to have major hit songs and become one of the most popular idols of her decade. She began to act in various product commercials that used her songs and started her concerts, including the sold-out YUI ASAKA SUMMER TOUR '89 ROCK'N ROLL CIRCUS that went to 24 cities in Japan. She was also in the popular movie YAWARA! as the main character and provide the theme song to the movie. Before the decade was over, Asaka Yui was named one of the four Queens of J-Pop along with Nakayama Miho, Kudo Shizuka, and Minamino Yoko.

However, the 1990s was a cruel decade for Asaka Yui. She wanted to shed her idol image a bit in 1990 and wanted to have more rock in her music. This was reflected in her 10th single, "Self Control", that only reached #13 on the Oricon charts. She would also start to compose her music and write her lyrics starting in 1992 with the album joker.

In February 1993, her contract with Hummingbird Records was expired and Asaka didn't renew it, thus resigning from the company. A month later, she stop doing lives and she was axed from a local radio program, leading many to believe that Asaka Yui was retiring from show business. It was reported that Asaka Yui has some troubles with her company, including the use of her stage name.

She came back from retirement in 1997, under a new management and a new name, YUI. She released her first single, "Ring Ring Ring", in more then four years with some success. She also had her comeback live tour in 1998, entitled Well, Well, Well '98, and started to act in various stage productions. She also closed up her fanclub years later to give a chance of restarting. 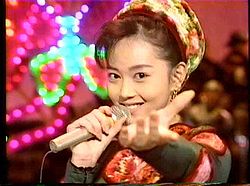 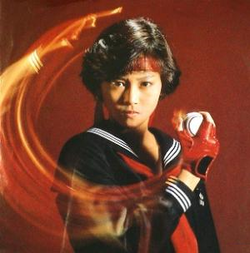