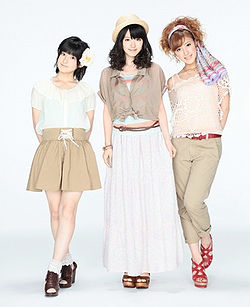 "DEEP MIND" is a song recorded by Buono!. It was used as the theme for the film Gomennasai, starring Buono!. It was originally released digitally on October 29, 2011. It appears on the single "Hatsukoi Cider / DEEP MIND" as track #2.

There are currently two versions of "DEEP MIND" to be found in Buono! and Hello! Project's discography. These versions are: