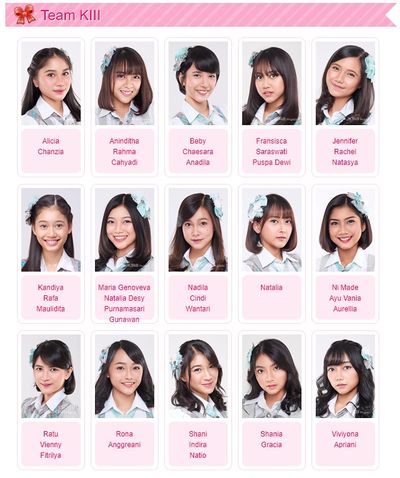 Team KIII is one of three teams that form JKT48. Their team color is peach yellow.

Selected members are chosen to serve concurrent (兼任; kennin) or dual positions within JKT48 and one of its sister groups. Although they participate regularly in both groups, these memberships are only temporary, and after a period of time, they will be released from their second post and returned to their original team.

The following members are outside of Team KIII and hold a dual position inside of JKT48.