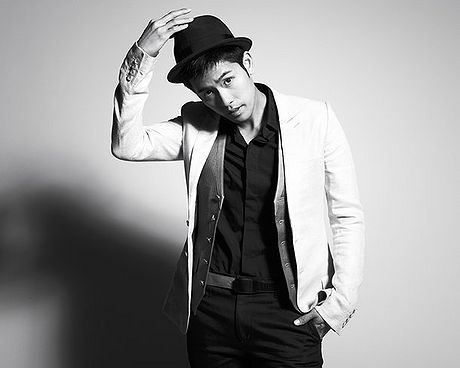 K is a Korean pop-R&B singer who after debuting in Korea worked extensively in the Japanese music scene. He debuted in Korea in 2004 as an indie artist, and in 2005 in Japan with the drama H2~Kimi to Ita Hibi theme song "over..." under STUDIOSEVEN Recordings, a sub-label of Sony Music Entertainment. The single was a long-seller hit, which would sell over 150,000 copies. K is also known for his fourth single "Only Human", which was similarly used as the drama 1 Litre no Namida theme song. "Only Human" would be an even larger hit, selling just over 200,000 copies. He is managed by Stardust Promotion. 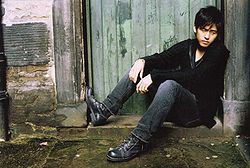 Born Kang Yoon Sung, K had an interest in such music as gospel and R&B since he was small. At his local church in Seoul he would perform on stage, whether it be with the piano or vocal performances. In fact, he was discovered by his producer at this very church and started his musical activities soon after.

As his producer was not a very rich man, K remained an indies artist for his first self-titled album in 2004. In autumn of the same year, he traveled to Japan in order for his debut there.

K debuted in Japan in March under Sony Music Entertainment with the single "over...". The song was used as the theme song for the dorama H2~Kimi to Ita Hibi (which had first started in January). The single debuted in its first week at #6 on Oricon charts, though following such promotion as performing on Music Station in the following week he would climb up to #5. 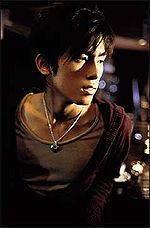 He continued this success with his second single, "Dakishimetai" in May (used as the KOSÉ Salon Style commercials). As it reached up to #10, K became the first Korean male artist to ever achieve two serial top 10 singles. While his third "Girlfriend" slipped down to #19, K made a return to major popularity with his fourth single "Only Human", as it was used as the theme song for the dorama 1 Litre no Namida (which starred Sawajiri Erika and Nishikido Ryo, among others). While it reached #5 much like his previous dorama single, "Only Human" ended up being a long selling single which would go on to sell over 200,000 copies - becoming K's most popular single to date.

His following major label debut album Beyond the Sea was released to much success, reaching #2 on the charts. The album was released two days before K's second Korean album Beautiful Smile. This album would once again break records, as it was the first album by an Asian artist not from Japan to debut within the top 3.

K's next few singles did not feature such popularity as his former ones. "The Day", used as the theme song for the Japanese release of the Korean movie Typhoon (starring actor Jang Dong Gun) debuted at #14. The two following singles, "Brand New Map" (BLOOD+ ending theme song) and "First Christmas" (comedy film 7-getsu 24-nichi Toori no Christmas' theme song) debuted both within the top 30. These three singles were followed up with K's second Japanese album, Music in My Life. 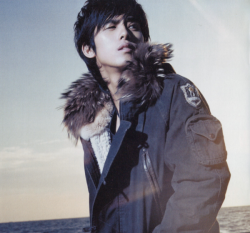 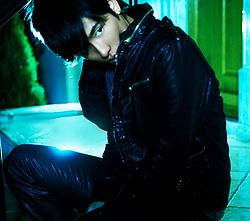 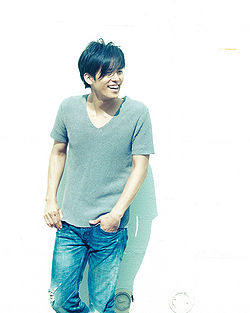