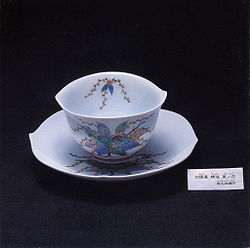 "Kalk Samen Kuri no Hana" is the third studio album by Shiina Ringo. The initial pressings of the album were released with Copy Control, and also included a sticker, under which is a message written by Shiina herself. The album reached #1 on the Oricon weekly charts and charted for 20 weeks. Because the album sold 409,000 units, it became the #28 album of 2003 in Japan. The album also reached #28 on the World Album Charts and managed to chart for two weeks.

All of the lyrics are written in an ancient Japanese style and over 30 different types of instruments are played on this album. Each song is mixed into one another, creating one cohesive track. Everything about the album seems to be perfected in a Japanese way, from the CD booklet being read from right to left and starting at what would be the back in Western CD booklets (this is usually only seen in Enka CDs), to the track numbering being labeled in formal kanji script usually only seen in legal documents (壱、弐、参、肆、伍、陸、漆、捌、玖、拾、拾壱). Shiina continues her tradition of symmetry from "Shouso Strip", in which the song titles are symmetrical to each other; the album length is 44:44 ("Shouso Strip"'s album length was 55:55). In addition, each track symmetrically relates to another, as follows: