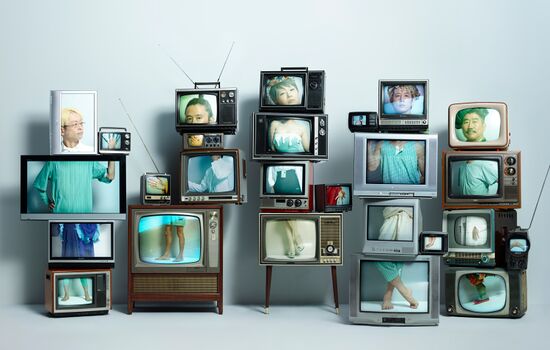 Tokyo Jihen (東京事変; also known as The Tokyo Incidents) is a Japanese rock band formed by well-known rock artist Shiina Ringo in 2003. The band was originally comprised of the backing members of her Sugoroku Ecstasy Tour. In 2004, the band debuted with the single "Gunjou Biyori". After a lineup switch in 2005, their sophomore album Adult reached #1 on the Oricon weekly charts. On January 11, 2012, Shiina announced that Tokyo Jihen would disband on February 29th following a final farewell tour. In 2020, the group reunited again for a new EP and a tour. 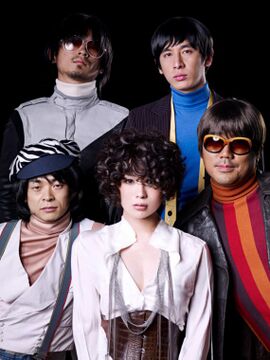 On May 29, 2004, after announcing that Shiina Ringo would be ceasing to release solo music anymore, it was revealed that she would in turn become the leading vocalist of a band she had formulated, called Tokyo Jihen. The band consisted of five members: herself, bassist Kameda Seiji (who previously worked a lot in arranging music in Shiina's solo career), drummer Hata Toshiki (who had similarly worked with Shiina as a live session drummer), guitarist Hirama Mikio and the pianist for the band PE'Z, Hiizumi Masayuki (who went under the stage names "H Zeddo M" and "HZM" during Tokyo Jihen). These band members were previously the band for Shiina's last live tour, her Sugoroku Ecstasy Tour (in fact, you are able to see the members play during Shiina's Electric Mole DVD concert).

"Gunjou Biyori" was then released as the band's debut single in September. The song was used for the KDDI CDMA 1X WIN W21SA cellphone commercial song, and managed to reach #2 on Oricon charts (just below the mega-hit single by Gorie with Jasmine and Joann, "Mickey"). The band's sophomore single, "Sounan" (released just one month after their first), received similar rankings (by reaching #2 on Oricon charts) though it did not exceed the record sales of their first.

The band would then release their debut album, Kyouiku, one month after the release of Sounan. The album reached the same position as both singles (#2), below Hirai Ken's SENTIMENTALovers. Interestingly, band member Kameda Seiji had arranged many of the songs on Hirai's album.

In the first quarter of 2005, Tokyo Jihen's first major tour entitled Dynamite! spanned the nation, with over 14 different concerts. It was announced at these venues that the band would release a follow-up single to their debut, entitled "Himitsu". However, the single was postponed and finally canceled. 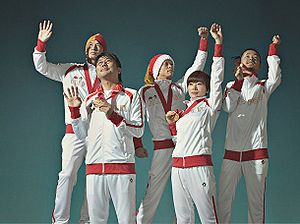 In July 2005, it was officially announced that two members of the band, guitarist Hirama Mikio and keyboardist Hiizami Masayuki were to leave the band. Reputedly, Hirama left to start his solo project, and Hiizami Masayuki left in order to become part of PE'Z once more. It was not until two months later in September that two new replacement members were announced, guitarist Ukigumo and keyboardist Izawa Ichiyou. The band's crane logo also changed with this announcement.

Shiina was asked to sing the theme song to the drama Oh-oku ~Hana no Ran~. While Shiina already had a song in mind - "Shuraba" - she noted that she had to week the song to fit the drama. While this single was not as successful as the band's previous two singles, it still reached #5 on Oricon charts and sold a total of over 100,000 copies. 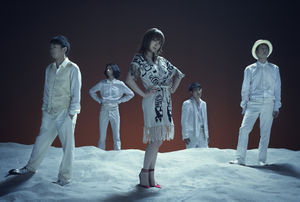 This single was be followed by the band's second full length album, Adult. The album would contain the aforesaid planned first single as its first track. Adult would become the band's first #1 release in their two years of activity. Following the success of Tokyo Jihen's second album, the band went on the largest tour in any of the member's careers. The tour entitled DOMESTIC! Just can't help it. spanned over 21 different concerts in over 17 different areas in Japan.

Tokyo Jihen begun preparations for their third album while Shiina was working on her concept soundtrack album to the movie Sakuran, Heisei Fuuzoku. A large amount of the other band members' demo material was collected and the best songs were chosen. The band's fourth single, "OSCA", was written and composed by guitarist Ukigumo and is described as a fast, wild rock tune. Spawning their third album, Variety, Tokyo Jihen confirmed that their releases have been following the theme of television genres (ie: Education, Adult, Variety).

On February 12, 2011, it was reported that Hata Toshiki was arrested for interfering with a policeman's duties. At approximately 8:55 PM on February 10, a woman had called the police after discovering that her bathroom window was broken. A police officer arrived on the scene ten minutes later, only to be attacked by Hata. Hata was intoxicated at the time of the incident. After this episode, the release of Tokyo Jihen's single "Sora ga Natteiru / Onna no Ko wa Dare Demo", which was scheduled for the 23rd, was postponed until May 11th.

Shiina announced on January 11th, 2012, that Tokyo Jihen would disband on February 29th following a final farewell tour, Tokyo Live Tour 2012 Domestique Bon Voyage, with two shows each in Yokohama, Osaka and Tokyo. Tickets for all six shows, including the 28th and 29th concerts at the Nippon Budokan, sold out the day they went on sale. 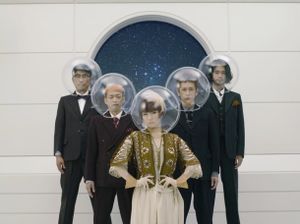 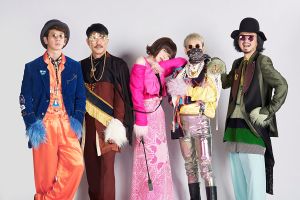