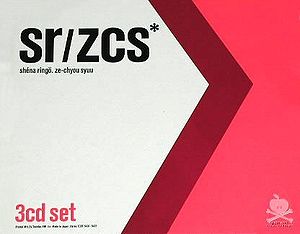 "Zecchoushuu", is a three-disc single release by Shiina Ringo. Despite it being a collection of three singles in a box, it is classified as mini-album according to Oricon rules. Each disc is named after the band that performed with Shiina Ringo in the recordings. Discs one and three are live recordings, while disc two consists studio recordings. Zecchoushuu reached #1 on Oricon charts and charted for nine weeks. It sold 430,000 units in Japan.

Track three of Gyakutai Glikogen and track three of Tensai Praeparat are written strangely with random characters. However, according to the insert, the title is also known as '喪 興瑠怒 (ソー コールド)', which is a transliteration of 'So Cold', in English.