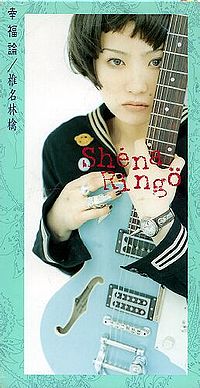 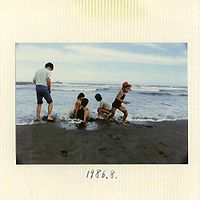 "Koufukuron" is Shiina Ringo's debut single. It was used as the ending theme song to the TBS TV show Ai no Hinadan. When it was originally released as an 8cm single in 1998, it failed to chart on the Oricon singles chart. However, in 1999, the the single was re-released at the same time as Honnou, this time in 12cm format and featuring an extra track. The re-released version of "Koufukuron" rose to #10 on the Oricon single charts and charted for 24 weeks. The re-released version of "Koufukuron" sold a total of 261,090 units in Japan.

Originally Shiina planned to release "Suberidai" as her debut single, however it was decided by her record company that it was a better decision to release "Koufukuron". A 12cm version of the single was released for aesthetic reasons. The song "Suberidai" can be seen as happening before the events of "Koufukuron", and the song "Toki ga Bousou Suru"before "Suberidai". To Shiina, she believed that the original two-track single felt unfinished to listeners. Also, prior to the release of the 12cm version, it was announced that Shiina would be appearing in a swim suit on the cover. However, when the cover was finally revealed, it showed a seven-year-old Shiina Ringo at the beach with her family (naturally in a swimming suit).

The PV for "Suberidai" was directed by Usui Hiroshi. The first scene shows Shiina in a schoolgirl outfit lying rigidly on concrete amongst some apples, with a crowd gathering around her and looking at her. When the camera focuses on members of the crowd, they lip synch to the lyrics of the song. Occasionally the scene switches, to show Shiina performing the song with a band in a blue-lit warehouse. After Shiina gets up, she is shown riding a bicycle through town.

There are five known versions of Koufukuron to be found in Shiina Ringo's discography. These include: