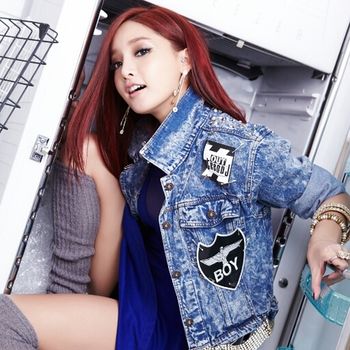 Kim Sori (김소리) is a Korean pop singer represented by JS Prime Entertainment. She is known for her lead role in the popular musical "Ballerina Who Loved A B-boy" and has since become a solo singer after being rejected to be in the girl group Jewelry in 2006. 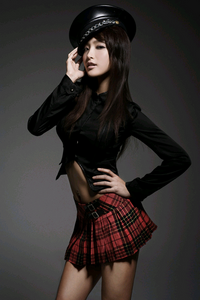 Kim Sori was born on February 5, 1985 in Seoul, South Korea. She began studying ballet and modern dance in elementary school, and graduated from Sangmyung University with a Dance major. While in University she also learned how to breakdance and was initially known for her lead role in the popular musical “Ballerina Who Loved A B-Boy”. Kim auditioned to be a new member of Jewelry in the winter of 2006, but was not chosen due to the company, Star Empire, not thinking Kim fit the group image. However, Star Empire called her back and gave her the opportunity to instead debut as a solo singer.

Kim released her debut single “Lip” on February 2, 2009. She promoted the single with the song “Ipsuri Jeongmal” and the debut performance for the track was at Music Bank on February 20, 2009. It was reported that people thought Kim resembled popular singer Lee Hyori, and in an article she expressed her gratitude stating “I feel really grateful to be compared to such a big star like Hyori. I always admired her and even though I'm a girl, I find her to be quite sexy. I studied her performances a lot and tried to learn from it, so I guess it has paid off!” The song was later deemed inappropriate for minors by the Ministry of Health and Welfare due to the lyrics being considered sexual in content. Kim released the MV for “Saeggisonkarak ” on March 10, 2009. The song featured actor Lee Jun Ki rapping and garnered additional attention due to singer BoA’s older brother Kwon Soon Ok directing the music video.

Kim switched to the JS Prime Entertainment record label and released her first digital single titled “Disco Party*1982” on July 13, 2009. The single’s concept was described as a 70’s and 80’s retro style and she used the song “Boy Boy” to promote it; the debut performance for the track was on July 23, 2009 at M! Countdown. She starred as the protagonist in RnB group ASTRO’s music video for “We Will Go”, and was praised for her acting skills. Kim released her second digital single titled “Tabeoryeosseoyo” on December 22, 2009. The song featured Dongjun of boy group ZE:A and the music video was released on December 21, 2009. On May 30, 2010 Kim was confirmed to be one of the three girls to replace existing members on the Invincible Youth variety show. 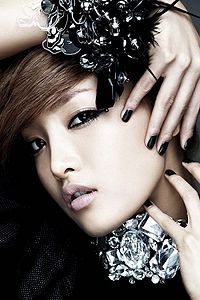 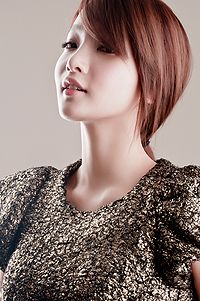