"Kimi no Suki na Uta" is the sixth single released by UVERworld. The title track was used as the theme song for the TV program Koisuru Honey Coming! from October until December. The single comes in two different versions: a limited CD+DVD version and a regular CD-only version. The DVD includes a 15-minutes sequence about UVERworld's September-October tour. Also included in the first press version of the single is a special UVERworld Christmas card. A bonus that is included with all versions of the single is a special ticket to apply to see UVERworld in a special Christmas live event. "EXTREME" is described as a "hard rock song", while the second b-side is an acoustic version of "Yasashisa no Shizuku", a song that originally appeared on UVERworld's Timeless album. The single reached #2 on the Oricon weekly charts and charted for 12 weeks, selling 82,172 copies. Because it sold 72,527 copies in 2006, it became the #132 single of the year. 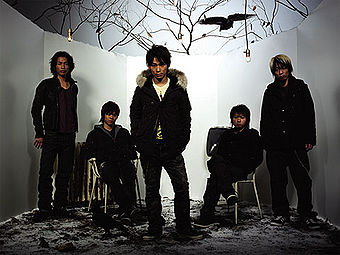