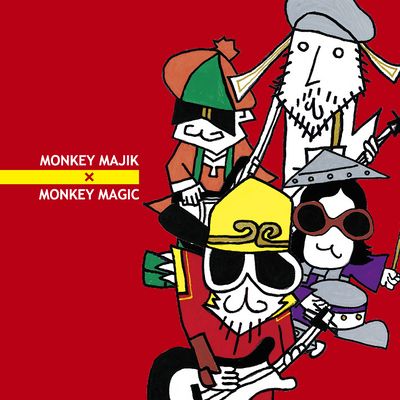 "MONKEY MAJIK x MONKEY MAGIC" is the seventh single released by MONKEY MAJIK. It is a special release for the Saiyuki series. The single features a movie version of their hit single, "Around The World + Go!Sora", which was used as the theme song for the 2007 movie (the original version was also the theme song for the 2006 drama). It was certified Gold by RIAJ with 100,000 digital downloads. The title track, "MONKEY MAGIC", is a cover of GODIEGO's song that inspired the name of their band, which was the opening theme of the original drama from the '70s. The fourth track is also another GODIEGO cover, "Gandhara". MONKEY MAJIK's cover was an insert song in the 2007 movie, while the original was the ending theme for the first season of the original drama.

The single reached #20 on the Oricon weekly charts and charted for 12 weeks, selling 33,012 copies.