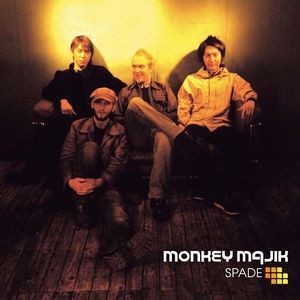 SPADE is the first studio indie album released by MONKEY MAJIK, under indie label UNDER HORSE RECORDS. Much like their mini-album TIRED released two years before, this album reached #1 on the Sendai Tower Records store's own charts, and became the most sold album of 2004 at the store. This album features "wait" from TIRED, as well as the studio version of "Fumidasu Chikara" which also appeared as a live version. Six out of the eleven songs on this album later appeared on MONKEY MAJIK's BEST 2000-2005 album.

The album reached #192 on the Oricon weekly charts and charted for seven weeks. In total, it sold 6,400 copies.