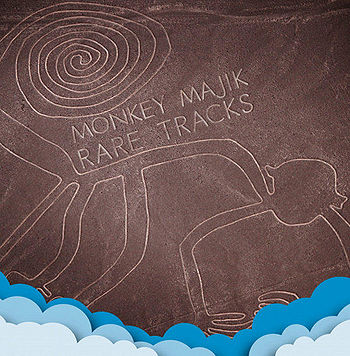 RARE TRACKS is the third best album (second major label best album) released by MONKEY MAJIK. It was released in two versions: CD+DVD edition and CD-Only edition. The album consisted of b-side songs from their singles that they carefully selected, their cover songs of The Carpenters's and Lupin The Third's theme, plus demo of CHEMISTRY's and Tsuchiya Anna's songs which written by them. "Pretty People" was used as the theme song for the TV program Odaiba Bouken. The DVD features the band's performance at Shibuya C.C.Lemon Hall on October 31st, 2010 and documentary of their Canada tour in 2008.

The album reached #28 on the Oricon weekly charts and charted for 6 weeks. In total, it sold 6,700 copies.