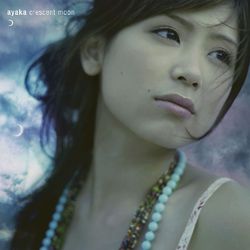 "Mikazuki" is the fourth single released by ayaka. The title track was used as the KDDI "au LISMO" commercial song , as well as the theme song for the TV-show Tsunagaru TV @ Human. "Yume no Kakera -Live Version-" was recorded at the ayaka -Acoustic Round Vol.1- concert at Shibuya O-EAST on May 26, 2006. As this single sold 194,427 copies in 2006, it was the #49 single of the year.

"Mikazuki", when it was first used as Tsunagaru TV @ Human theme song in December 2005, was also given a music video to promote it. This depicts ayaka sitting in a boat within a water-filled cave. The music video was shown all across Asia, prior to ayaka's actual debut single "I believe".

When "Mikazuki" became ayaka's fourth single, a new video was shot instead of promoting the older one. This one was directed by Tetsuma Maki, and shows ayaka sitting upon a lamp post in the night time and singing. In contrast to other PVs which would have used CGI to depict this, ayaka is actually sitting upon the lamp post.

The song itself featured in both music videos has the same vocals and arrangement. 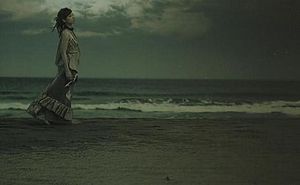