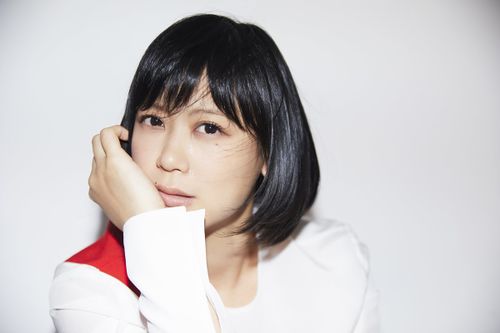 ayaka (絢香) is a Japanese pop singer-songwriter under her own company A stAtion. She debuted in 2006, under Warner Music Japan, with the ballad "I believe", which was used as the drama Rondo's theme song. This single reached #3, making it the highest debut single rank reached by a female singer/songwriter since Utada Hikaru's "Automatic / Time Will Tell" in 1998. Her album First Message also came in #1 on the World Charts. 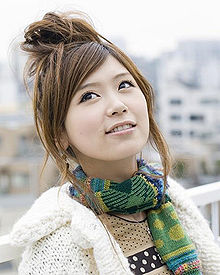 ayaka started being heavily interested in the music scene from her high school days. In the summer of her first year at high school, her first live was held (however, she only sung covers during it). In the winter of the same year, she started learning how to make songs by herself after attending music lessons. In the spring of her second year at high school she further started learning to compose songs at the "Voice" musical coaching centre in Fukuoka. While there, she met music producer Nishio Yoshihiko (who produces such artists as YUI), who signed her onto Warner Music Japan as a major label artist.

ayaka first started performing at various concerts from August 2005; mostly performing in Shibuya. Even though she had not officially debuted yet, from December 2005 ayaka's song "Mikazuki" was used as the theme song to the NHK TV show @ Human. There was even a music video released for the song (showing ayaka sitting in a boat in a river in a cave), and it was broadcast all over Asia. However a single was not made for this song until much later on. In mid-December, ayaka even performed alongside melody, Koda Kumi and Ashlee Simpson at the MTV Cool Christmas 2005 TV concert. She performed an as of now unreleased song "Kiyoshiko no Yoru" (きよしこの夜) (Silent Night sung in Japanese), "I believe" and "Mikazuki".

Debut with I believe

In early 2006, ayaka would now debut onto the music scene. Her debut single, "I believe", was the opening theme song to the extremely popular drama Rondo (starring Takenouchi Yutaka and Choi Ji Woo), which first aired on the 15th of January. On this same day, the "I believe" single was downloadable across online stores in Japan. When ayaka's single hit shelves on the first of February, it managed to debut at #3 on Oricon weekly singles charts; the highest charting debut single for a singer-songwriter since Utada Hikaru's "Automatic / Time Will Tell" in 1998. This single became a long charting single; staying in the top 10 for a total of six weeks (quite a rare occurrence). 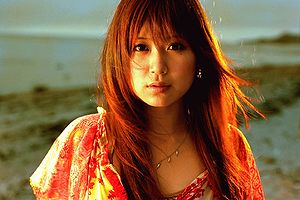 By the February 26, the single had broken more than 1,000,000 downloads after only being on sale for 42 days. When the single had completely stopped selling, it had racked up over 220,000 copies. An English version of the title track was used by figure skater Ando Miki in the 2006 Torino Winter Olympics as well as at the Skate America Competition for her long program, though it was never released.

ayaka followed up this single with a commemorative single of her first live tour, "melody ~SOUNDS REAL~". The single was only a limited edition single; having only 50,000 copies made of it. The single reached a significantly lower position of #14. Up until this point, ayaka's career could be compared to that of Nakashima Mika's. Both singers debuted with long-charting drama tie-up singles, followed by a limited edition single.

ayaka's third single once again gained a major tie-up. The song "Real Voice" was used as the drama Suppli's ending theme song. Similarly, the B-side to "melody ~SOUNDS REAL~", "Blue Days", was used as an insert song for this same drama. "Real Voice" reached #11 on Oricon charts, and charted for a longer period than "melody ~SOUNDS REAL~" due to its non-limited status. 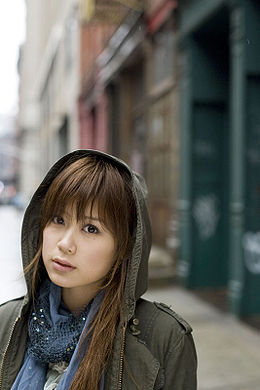 To follow the release of this single, ayaka's debut album First Message was planned for release on the 6th of August. However, the album was mysteriously canceled and a new single was planned for release; "Mikazuki", the song released before ayaka's official debut. This song was given an additional tie-up (as the au Music Store commercial song) and a new music video was shot for the single. Her First Message album was finally rescheduled to be released on the first of November. When the album was finally released, it surpassed all expectations of popularity and debuted at #1 on Oricon charts. Not only did it do this, but it would sell over 800,000 copies in 2006 (and still strongly selling into 2007). This album has sold over 1,000,000 copies.

Only four months after her debut album's release, ayaka began a prolific period of new promotions. "WINDING ROAD", released in late February, is a collaborative single between her and labelmate folk duo Kobukuro. ayaka also released a new solo single in July that was used as the movie Last Love's theme song. ayaka released yet another single later in the year, "CLAP & LOVE / Why" ("CLAP & LOVE" is the drama Jigoku no Sata mo Yome Shidai's theme song, and "Why" is the Square Enix game CRISIS CORE -FINAL FANTASY VII-'s theme song). Unfortunately, due to a week of strong releases, ayaka's "CLAP & LOVE / Why" single was denied the #1 spot on Oricon and was pushed down to #5 instead. A re-release of the single a week later didn't affect its Oricon ranking either, and it remained fifth for a second week.

ayaka performed at Makuhari Messe on July 7, 2007, for one of Japan's two Live Earth concerts. In late September, after the release of "CLAP & LOVE / Why", it was announced that one of ayaka's songs will again have another commercial tie-in. This time it would be in Aragaki Yui's newest Pocky commercial, to be first shown on October 2nd. Its featuring song would be ayaka's latest, called "For today".

In 2009, ayaka announced that she was diagnosed with Grave's disease, an autoimmune disorder. Due to this, she also announced she would go on an indefinite hiatus in order to focus on her health. Before the end of 2009, she released her first best-of album, ayaka's History 2006-2009.

On October 20, 2011, ayaka announced she's going to make a comeback in early 2012, with her own independent label. On October 25, 2011 a short CM was released featuring Hiro Mizushima drinking a cup of coffee with ayaka's new song playing as the theme. The music provides an activity resume ayaka declared days ago.

On December 23, 2011, ayaka appeard on MUSIC STATION, performing her new songs, "Yasashii Ao," and, "Hajimari no Toki." She also appeared at the, 62th NHK Kōhaku Uta Gassen, performing the released version of, "Minna Sora no Shita." 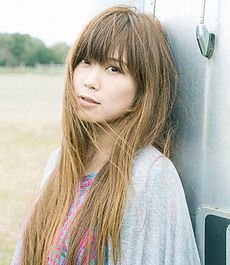 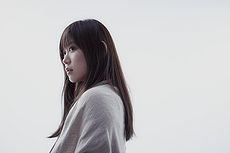 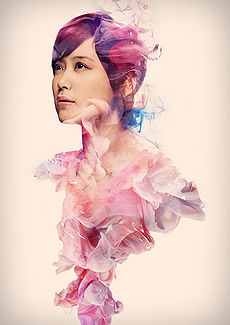 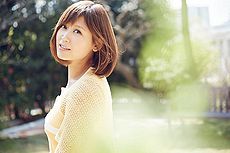 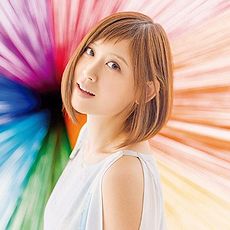 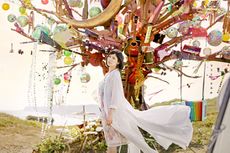