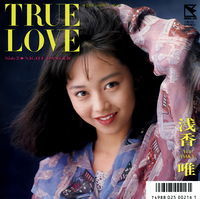 "NIGHT DANCER" is a pop song recorded by Asaka Yui.

There are currently two versions of "NIGHT DANCER" to be found in Asaka Yui's discography.

NIGHT DANCER
Found on Asaka Yui's 13th single, "TRUE LOVE", as track #2. It is also found on the Single Collection album as track #5 on Disc 2 and on the Asaka Yui Daizenshuu THE COMPLETE BOX as track #10 on Disc 4.

NIGHT DANCER (Original Karaoke)
Found on Asaka Yui's 13th single, "TRUE LOVE", as track #2 on Side B of the cassette version of the single.