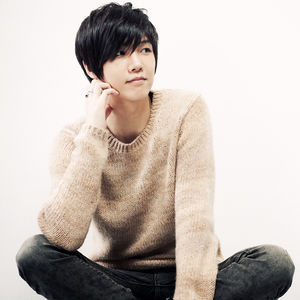 Oh Won Bin (오원빈) (known as WONBIN in Japan) is a Korean Pop singer and FTISLAND's former guitarist, rapper and back vocalist under FNC ENTERTAINMENT. One year after leaving the band, in 2009, he collaborated with Miss $ for the drama You're Beautiful soundtrack. He officially debuted as a solo artist in 2010 with the digital single "Saranghae Tto Saranghae".