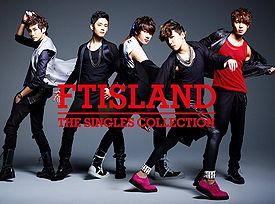 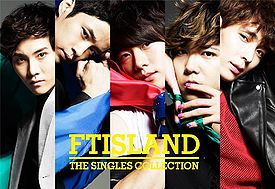 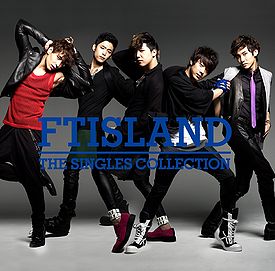 THE SINGLES COLLECTION is the first Japanese best album (second overall) released by FTISLAND. It was released in three editions, a limited 2CD+DVD edition, an international 2CD edition and a regular 2CD edition. The album includes all singles of the group released under the label Warner Music Japan up to date on the CD 1 and b-sides of the singles not included on any of their Japanese albums on the CD 2. The CD 2 also include a bonus track, a Korean and English version of the song "Shiawa Theory" (Limited edition comes with the Korean version and International/Regular edition comes with the English version). The Limited edition also includes an earphone jack accessory (5 types) in a box specification, a luxury photo book and a serial code type 1. The International edition comes with a B2-size poster and a serial code type 2. First press of the regular edition comes with a trading card (one randomly choosed out of six types) and a serial code type 2. 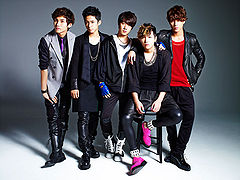