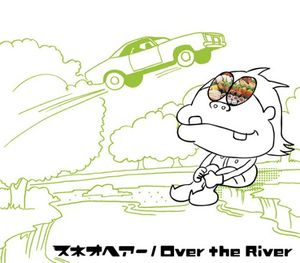 "Over the River" is the third major and fifth overall single released by Suneohair. Like the singles "Uguisu" and "Seikou Toutei", this was released at two different dates in two different formats. On January 22nd it was released only in the CCCD format, and about six months later it was re-released in both the CCCD and CCDA formats. This is a post-album single, featuring a re-cut edition of the title song from Sunestyle and an acoustic version of "Jimon Jitou". The single reached #170 on the Oricon weekly charts, where it charted for a week.