(Redirected from Take It Easy!) 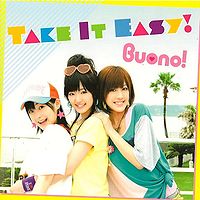 "Take It Easy!" is the eighth single released by Buono!. "Take It Easy!" is used as the fourth ending theme song for the anime Shugo Chara!! Doki. The single was released in both limited and regular editions; the limited coming with a bonus DVD. The limited edition and the first press of the regular edition came with a Buono! original trading card and a serial number card which, when entered in a lottery, could win a ticket to one of the single's launch events. The single reached #10 on the Oricon charts and charted for four weeks, selling 18,170 copies. The Single V reached #5 on the Oricon charts and charted for two weeks, selling 3,878 copies. 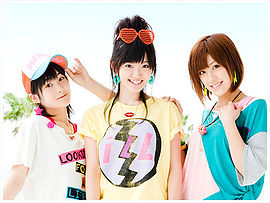 There are currently two versions of "Take It Easy!" to be found in Buono! and Hello! Project's discography. These versions are: