You Are My Star (AI) 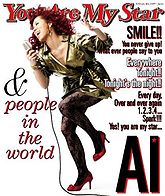 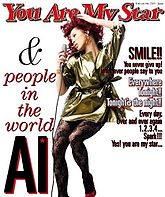 "YOU ARE MY STAR" is the nineteenth single released by AI. The single's cover is styled to look like the cover of Rolling Stone, a United States-based magazine. The track "people in the World" was used as an opening theme song for the film Rarapipo. This single was the lead-in single for AI's seventh studio album, ViVa A.I., which was released a month later.

The single reached #36 on the weekly Oricon chart, and stayed on the chart for a total of three weeks. 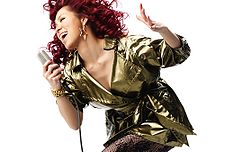