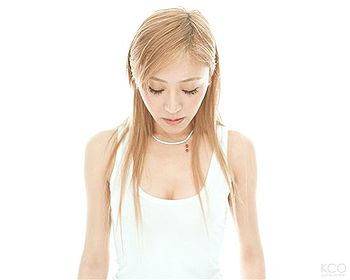 kco is a Japanese electronic pop artist. She made her debut in 1995 as Keiko, the vocalist of Komuro Tetsuya's band globe. In 2001, She collaborated with Hamasaki Ayumi for the Song+nation chartity single "a song is born". In 2002 she married her bandmate, Komuro Tetsuya. 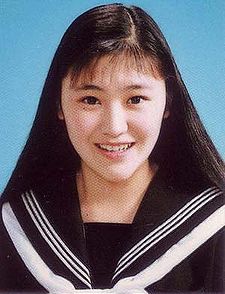 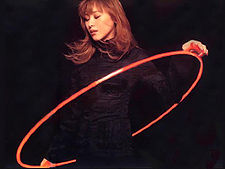 In 1994, Yamada Keiko participated in the EUROGROOVE NIGHT audition which was organised by mega-producer Komuro Tetsuya. Komuro liked Yamada's voiced and soon paired her up with Marc Panther, who was the DJ at the event, and formed a unit known as Orange. Though, soon after Komuro himself entered the group and renamed it globe.

In 1995, Yamada debuted as globe's vocalist. For the group she went by a stage name, which was her given name, Keiko. In 2000, globe released a single titled, "On The Way To You" which featured Keiko. The single contain lyrics written by Keiko herself and a composition from Komuro. Later that year she head-lined two "solo" tours: KEIKO solo tour 2000 ~on the way to YOU~ and blooming tour 2000".

On November 22nd 2002, Yamada and Komuro were married. The marriage came just after the termination of his first marriage to Yoshida Asami.

In 2003, that Yamada released her first official solo single, "KCO." After the release she went back to working with globe and left her solo effort behind. She didn't re-emerge until 2008 when she left avex trax and switched over of Universal Music. After the label switch she changed her stage name to kco and released the single, "Haru no Yuki" and an album, "O-CRAZY LUV".

During the course of 2006 Yamada did a short stint in a band called, THE AURIS (SUPER). In the band she became the lyricist and vocalist. The band release their debut single on 2006.10.24 on Napster entitled, "MY WAY."

In November 2008 Komuro was arrested on charges of copyright fraud, which he later confessed to. He claimed that one reason he was doing this was to pay his 700 million yen alimony to ex-wife, Yoshida Asami. During this time of scandal the press started to report that Yamada was filing for divorce. She later made a public announcement denying these claims and said that her recent solo work was her way of helping out her husband in their difficult finicial time.