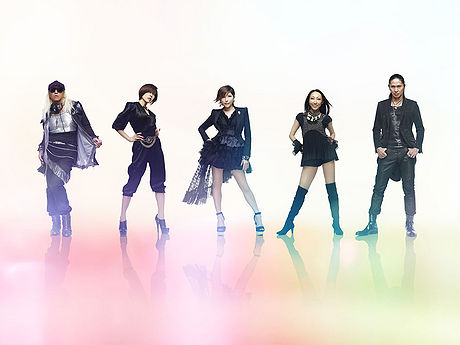 TRF (Tetsuya Komuro Rave Factory) is a Japanese dance pop group. They debuted in 1993 as trf and in 1996 they changed their name to an all-capital TRF. The group is known for their dance songs that are titled with nonstandard English (ie. CRAZY GONNA CRAZY).

TRF was formed in 1992 by Komuro Tetsuya and was originally called trf. There were 10 members in the group, YU-KI and Suzi Kim as the singers, DJ KOO and Hiro Matsumoto as the DJs, and then six dancers. They debuted with the single "GOING 2 DANCE / OPEN YOUR MIND and the album trf ~THIS IS THE TRUTH~, released simultaneously in 1993.

Their second single, "EZ DO DANCE" brought them even more success by selling over 800,000 copies and debuting at #15. Their album EZ DO DANCE / trf became more successful than their first, selling over 700,00 copies. After the release of their second remix album they became the five member group they are today. After their third album, WORLD GROOVE, they won the New Artist award at the The Japan Gold Disc Awards.

When they released the single "survival dAnce ~no no cry more~", which was a theme song to the dorama 17sai -at seventeen-, it debuted at #1 and was their first single to sell 1 million copies. "BOY MEETS GIRL" was their seventh single and their second single to reach the one million sales mark, it was the Coca-Cola theme song and was used in the commercial. Their album BILLIONAIRE ~BOY MEETS GIRL~ sold over 2,450,000 copies and debuted at #1. In 1994, they perfoy performed on Kouhaku Uta Gassen for the first time with the song "Samui Yoru Dakara...".

In 1995, they released "CRAZY GONNA CRAZY", which was the theme song to "Gaman Dekinai!", and it was their third million-copies single copies and debuted at #1. They also won another The Japan Gold Disc Awards. Their album dAnce to positive sold over two million copies. Their fourth remix album, HYPER MIX 4, also sold more than one million copies, which was a first for that type of album. Their single "BRAND NEW TOMORROW" debuted at #1, but did not sell over one million copies. It was the theme song to the dorama Kurisumasu~Ibu ni Aimashou, which DJ KOO and YU-KI starred in. At the end of the year, they performed for their second time on Kouhaku Uta Gassen and received another Japan Gold Disc Award.

At the beginning of the year 1996, they released "Love & Peace Forever". There was a drop in their sales, but by that time they had already sold over 20,000,000 copies. When they released "Hey! Ladies & Gentlemen", they changed their name to TRF. In the year 1997, the members started to work on solo projects and didn't release much under TRF.

During 1998, they released a number of singles that sold moderately well, but not as much as their previous singles. Their seventh album, UNITE showed a significant decline in their popularity. They released a few more singles until the end of 1999. Then they released six remix singles and one more remix album called Burst drive mix -Album-. After these being so unsuccessful, they went on a six year hiatus and continued with solo projects.

They came back in 2006 with the single "Where to begin". The album Lif-e-Motions contained new songs and also had other artists cover older TRF songs. 2007 marks their 15 year anniversary, so they released their second best album, TRF 15th Anniversary BEST -MEMORIES-. 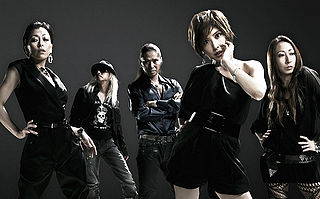 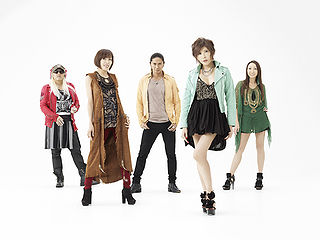