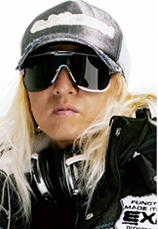 DJ KOO is the DJ and rapper to the popular Japanese group TRF and WILL.

DJ KOO got her start in his music career when he came a DJ for the Discos B&B and Canterbury House. Then in 1986, he would join the group THE JG's with Honda Katsuhiro, Ohba Jiichi, and Miyoshi Shito to produce eurobeat-styled remixes to Japanese artists like The Peanuts and Hayami Yu. The group would go to New York in 1988 and work with other artists like REGINA and Dan Gilroy from the band Breakfast Club.

By the 1990s, he would appear as a rapper in many songs by such artists like TOKIO. He would also join the group TRF, which he would start writing lyrics for the group beginning in 1998. He would later join the group WILL with Yamada Wataru.