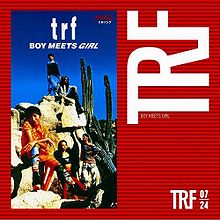 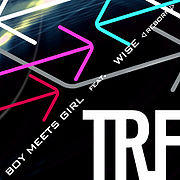 "BOY MEETS GIRL" is the seventh single released by trf, and one of their signature songs along with "survival dAnce ~no no cry more~". The title track was used as Coca Cola commercial song. In 2000, the song was remixed and re-released under the name "BOY MEETS GIRL (Daa! Daa! Daa! REMIX)" and was used as the first ending theme for the anime Daa! Daa! Daa!. The song would be later covered by various artists like WORLD ORDER and eurobeat artist Domino.

The single, along with all the singles released by TRF up to 1999, was reissued in 2006 in a 12cm CD version with a cheaper price, to commemorate TRF's 15th anniversary.

On August 2nd 2010, a new version of the title track was released as their third digital single.