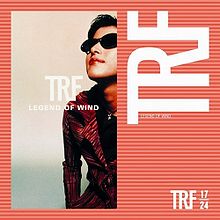 "LEGEND OF WIND" is the seventeenth single released by TRF. The title track was used as the Japan Airlines campaing JAL Hawaii CM song. This was their last single to be fully produced by Komuro Tetsuya, until the release of "We are all BLOOMIN'" in 2006. The single, along with all the singles released by TRF up to 1999, was reissued in 2006 in a 12cm CD version with a cheaper price, to commemorate TRF's 15th anniversary.

The original release of the single reached #4 on the Oricon charts, and charted for eleven weeks.