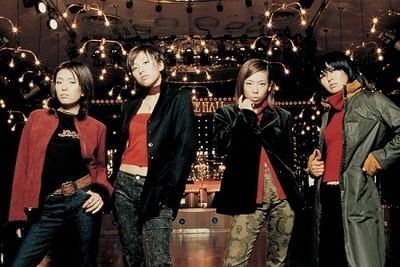 Taiyou to Ciscomoon debuted in April 1999. Its four members (Inaba Atsuko, RuRu, Shinoda Miho, and Kominato Miwa) were chosen on the TV show ASAYAN in their San Francisco auditions. They released six singles and an album that year. Kominato left the group before their sixth single, but rejoined shortly afterwards.

In 2000, the group changed their name to T&C Bomber and released two more singles and another album. The group was disbanded in October of 2000 after their final performance in Osaka. Since their breakup, Inaba Atsuko remained a part of Hello! Project up until her contract expired in 2009.

Some of Taiyou to Ciscomoon's singles have been performed in Hello! Project concerts, usually by Inaba Atsuko and other singers. Some of their songs have also been performed by other H!P artists as coupling songs.

Eight years later in 2008, the group came back together in order to celebrate their ten year anniversary and the release of their best of album. The only member to not attend was RuRu (due to a job contract commitment in China), but she posted on the group's blog as well as being in a VTR at the concert.

In 2013, Hello! Project held a concert called Hello! Project Countdown 2013 ~Hello & Good Bye~, Taiyou to Ciscomoon (minus RuRu) was one of the acts performing on stage along with several other graduated members.

Taiyou to Ciscomoon was a unique group because of the style of their music. Their songs were either dance songs full of rhythm or jazz/soul inspired songs full of heavy vocals. However, they were also unique in how they were trained: They were each sent to four different U.S. cities, famous for their unique styles of music and singers they have produced, to work on their vocals and dance. For three weeks from February to March 1999, ASAYAN covered the members' journeys [1]. Tsunku sent them on this journey since he believed that each member had yet to improve before allowing them to record.