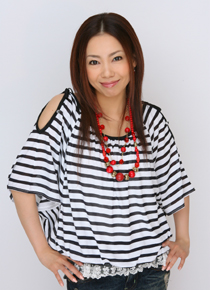 Inaba Atsuko began her idol career as one of the original members of 90's idol band Osaka Performance Doll. She sang with the group from 1993 to 1997, singing on 6 singles and 2 albums. In 1999, after training in Atlanta, Georgia, she made a comeback as a member of the Hello! Project group Taiyo to Ciscomoon (later known as T&C Bomber) up until their break-up in 2000. She has remained a part of Hello! Project since then helping out by MC-ing at Hello! Project concerts along with Makoto, performing as a chorus singer and dancer at concerts, teaching choreography to Morning Musume, and appearing in many of Hello! Projects summer shuffle units.

Inaba also sings harmonies on many Hello! Project releases. As Yoshizawa Hitomi once said on Matthew's Best Hit TV, "Well, lately, she is in all our songs!" This is noted in the "Chorus" section in lyrics cards. A good example of this is Morning Musume's Go Girl ~Koi no Victory~. As of late, Inaba has been enjoying more solo and group singing work on the Hello! Project music shows Uta Doki! Pop Classics and Hello Pro Hour.