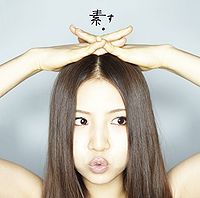 "for Lonely" is a pop song recorded by Abe Mao. It was originally released by Abe in 2011 on her third studio album Su. The song was later re-worked as a duet in 2014 and released by Aimer.

There are currently two version of "for Lonely" to be found in Abe Mao's discography. They are listed below in order of release:

for Lonley
It is found on the Su. album as track #11. This is the original solo recording of the song.

for Lonely
It is found on the mini-album Dareka, Umi wo. EP as track #3, and later on the daydream album as track #5. This is the duet version of the song released by Aimer.