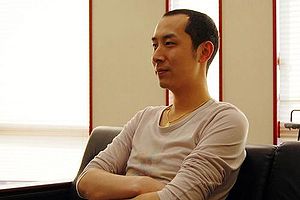 Fujima Hitoshi (藤間仁) is a Japanese arranger and composer, and a founding member of Elements Garden.

He is one of the leading composers and arrangers of the singer & seiyuu Mizuki Nana since 2005. The first song he composed for her was "Rush & Dash!" who can be found on her "Eternal Blaze" single's. His work since then includes composition and arrangement of some tracks of her singles and abums including albums HYBRID UNIVERSE, GREAT ACTIVITY and IMPACT EXCITER and singles "SECRET AMBITION", "PHANTOM MINDS", "Synchrogazer", "BRIGHT STREAM" and many others.

He also composed songs for other singers like faylan, Sakakibara Yui...

Fujima Hitoshi is responsible of a lot of musics for games and animes like the games Wild Arms XF, Suikoden Tierkreis and the animes Kashimashi: Girl Meets Girl, Bodacious Space Pirates, White Albumand most recently Senki Zesshō Symphogear etc... to mention only a few examples.

All credits are for music and arrangement unless otherwise specified.