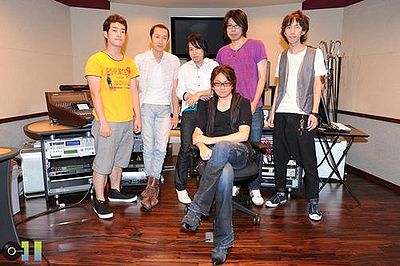 Elements Garden is a Japanese group of music composers, or a "music production brand" as they call themselves. They generally produce music for video games, anime and recording artists. They are attached to Aria Entertainment.

The group was formed in 2004 by Agematsu Noriyasu, Fujita Junpei, Fujima Hitoshi and Kikuta Daisuke, former members of Feel, a band of composers that similarly composed music for games and anime that disbanded shortly after Elements Garden's formation. Agematsu acts as the lead representative for the group.

Elements Garden released their eponymous first album in August 2008, a compilation of various game theme songs produced over the past years. A second album, Tone Cluster, was released the following year in September. Both albums were released under King Records.