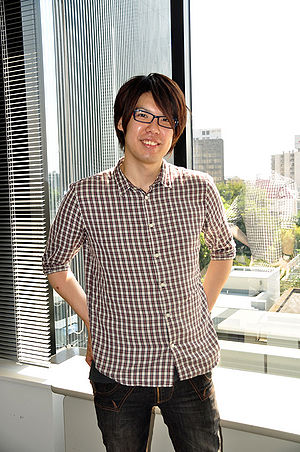 Kikuta Daisuke (菊田大介) is a Japanese arranger and composer, and a founding member of Elements Garden.

He is one of the leading composers and arrangers of the singer & seiyuu Chihara Minori since 2007. The first song he composed for her was "Junpaku Sanctuary" who can be found on her "Junpaku Sanctuary" single's. His work since then includes composition and arrangement of some tracks of her singles and abums including albums Contact, Parade and D-Formation and singles "Paradise Lost", "TERMINATED", "Synchrogazer", "ZONE//ALONE" and many others.

Kituta has also provided compositions for many other anison singers including Kuribayashi Minami, Mizuki Nana, Sakakibara Yui, ELISA and some songs from JAM Project.

Kikuta Daisuke is responsible of a lot of musics for games and animes like the games Wild Arms XF, Suikoden Tierkreis and the animes Kimi ga Aruji de Shitsuji ga Ore de, The Melancholy of Haruhi Suzumiya, Transformers: Animated etc... to mention only a few examples.