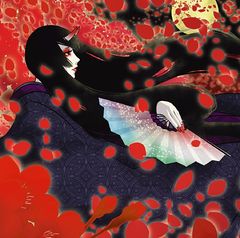 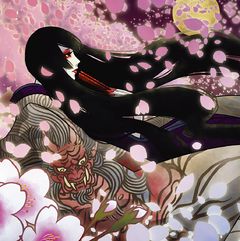 Hyakki Kenran is the sixth major and seventh overall album released by Kagrra,. It is their last studio album, as Kagrra, will disband a month after its release. The title of the album and its (almost) titular track "Hyakki Chouryou" are puns of the word "Hyakkiyagyou" (or "Hyakkiyakou"; 百鬼夜行). This was released in two different versions: a regular CD only edition and a limited CD+DVD edition that comes with the music video for "Chigiri" along with its offshot recording. The limited edition also comes with one randomly chosen out of a possible five trading cards, while the regular edition will also come with a trading card but from a different set. The album reached #20 on the Oricon weekly charts, where it charted for three weeks.