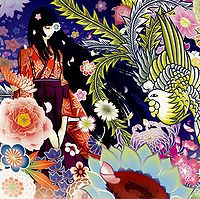 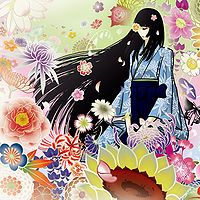 "Shiki" is the 13th single released by Kagrra,. It was released over a year after their last single "Uzu". This was released in two different versions: a limited CD+DVD edition and a regular CD only edition. The limited edition comes with a DVD of the title ong's PV while the regular edition comes with a extra song, "Gikyoku Kagome Uta". The titular song was used as the theme song for the Ace Deuce distributed film Tenohira no Shousetsu, based on the novel by the same name. The single reached #26 on the Oricon weekly charts, where it charted for three weeks. 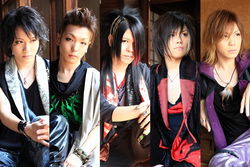