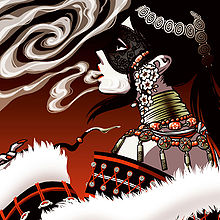 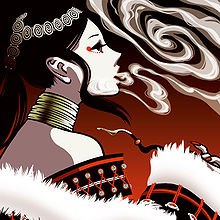 "Uzu" is the 12th single released by Kagrra,. It is their first single released through KING RECORDS. This was released in two different versions: a limited CD+DVD edition and a regular CD only edition. Both editions come with the song "Shigatsu Tsuitachi" from their previously released album Core. The limited edition comes with a DVD of the title song's PV while the regular edition comes with an extra song, "Himawari". The single's tie-ups are: the title song was used as the theme song for the horror movie Hitori Kakurenbo, "Hoozuki" was used as the ending theme song for the BD-i drama Kaidan Shin Mimibukuro Special, and "Shigatsu Tsuichi" was used as background music in the NHK drama Cat Street. The single reached #23 on the Oricon charts, where it charted for four weeks.