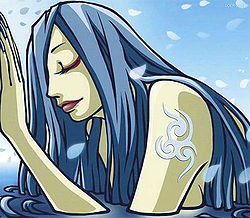 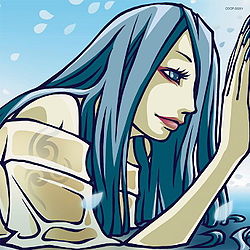 san is the third album released by Kagrra,. It was released in two different CD only versions, and is their first album to be released in different editions. Includes album mixes of previously released songs. The limited edition comes in a clear case along with: a separate all-color 40 page photobook, five solo member dress up jacket covers, five randomly chosen original trading cards, a picture label disc, and a trading card case. The regular edition comes with a 16 page booklet along with one randomly chosen out of a possible five trading cards. The sets that the two editions' trading cards come from are different. The album reached #40 on the Oricon charts, where it charted for four weeks.