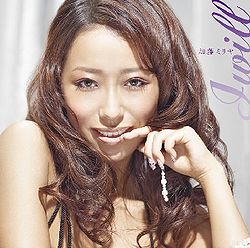 I WILL is the 7th single released by Kato Miliyah. I WILL was used and the theme song for the movie Otoshimono as well as the generic-opening theme for TV Tokyo during October of 2006. So gooood samples a RIP SLYME song named One. Michelle was used as the ending theme for the anime Keitai Lupin. It peaked the #17 position and charted for 8 weeks. It sold 7,322 copies in the first week and 18,251 copies in total.