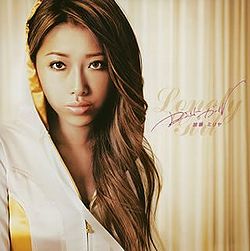 "Dear Lonely Girl" is the 3rd single released by Kato Miliyah. "Dear Lonely Girl" is the theme song of a movie of the same name and where Kato appears as a DJ. The track was a reply song to EDC's "ECD no Lonely Girl" feat. K DUB SHINE, and sampled Marvin Gaye's "Sexual Healing", Sato Yuri's "Lonely Girl" and ECD's "ECD no Lonely Girl." The song "Dreaming under the moon" is the first song that Kato wrote when she was 13 years old and was used as the generic-ending theme of TV Tokyo during March of 2005. It peaked the #15 position and charted for 13 weeks. It sold 8,945 copies in the first week and 49,663 copies in total.