"Love/Affection / Kamisama" is the 30th single released by Kato Miliyah. The single is a limited release only available in CD+DVD format. A novel was also included with the CD. "Love/Affection" was used as the theme song for the NTV drama Onna Rule and was previously release as digital single. The difference between the covers is in the color of the Kanji "神様" (Kamisama). 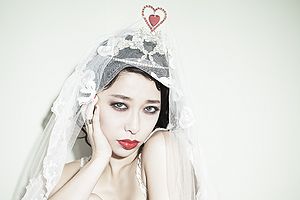