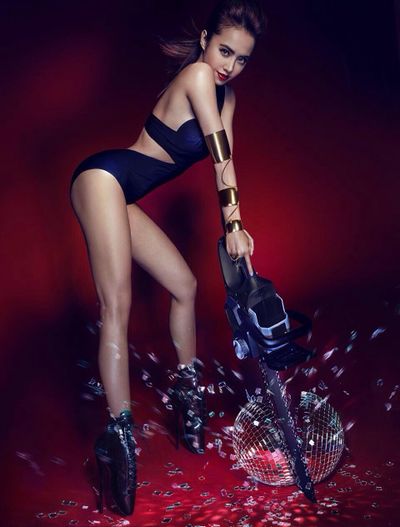 Jolin Tsai is a popular Taiwanese singer and dancer. Since her debut in 1999, she has been one of the most influential artists in the Chinese Music Industry. In her most recent years, she has been known for her dance-pop smash hits like "Wu Niang" and "Te Wu J" with many hitting #1 on charts and the dances being imitated. Her highly anticipated 11th studio album was released in August 2010. 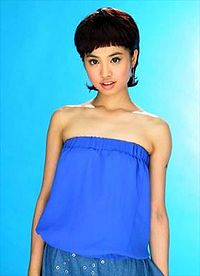 Jolin first got into the music industry by partaking in an MTV singing contest, which she won. She was then signed to Universal Music and during the summer of 1999, her first single "Living With the World" (和世界做鄰居) was released and turned into a massive hit. This success led to the release of her debut album Jolin 1019, which shot her to stardom due to her appeal with younger audiences. After months of promotions and special releases of the album, Jolin released her sophomore album Don't Stop in May 2000. This album cemented her status as one of Taiwan's rising stars and many of the songs proved to be hits throughout Asia.

In late 2000, her third album was released. Although Show Your Love was a hit, it was not as successful as her previously released albums. This could be due to Jolin's slight change in her sound as she gained more maturity. Unfortunately her fourth album, Lucky Number, released in 2001 was not able to bring back the level of popularity her first two albums had seen despite the return to her previous sound. The year ended with a best album Together which gathered 16 of her hit songs together. 2002 was a slow year for Jolin as no albums were released due to conflicts with her label. A second photobook was still released which featured pictures of Jolin in Thailand.

It could be said that 2003 was a bright year for the young artist. After breaking off with her previous label in 2002, Jolin signed with Sony Music Entertainment. Her fifth album Kan Wo 72 Bian (Magic) proved to be a massive success and her most popular album since her sophomore effort. Boasting hit songs like "Spirit Of The Knight" (騎士精神), "See My 72 Transformations" (看我72變), "Say Love You" (說愛你) and the duet with Jay Chou, "Prague Square" (布拉格廣場), the album topped charts throughout Asia. The success of the album could be brought upon by the change in Jolin's music, which was more dance-oriented. Her image also showed a change as it went from one that was more feminine to one that was more confident and playful. The success of her fifth album rolled over into her sixth, Cheng Bao. This album had many hits such as "It's Love" (就是愛), "Rewind" (倒帶), "Pirates" (海盜), "36 Tricks Of Love" (愛情36計), as well as many others. Jolin finished the year by releasing a remix CD, J9 New + Party Collection.

In 2005, Ye Man You Xi was released and proved to be a larger hit than her previous albums as it sold 1 million copies in Asia in a little over a month. Unlike her last two albums which were mainly written by Chou, this one was far more diversed and included songs written by artists like Wang Lee Hom and Ivana Wong. It spawned numerous hit singles like "Barbaric Game" (野蠻遊戲), "The Greek Girl Next To The Wishing Pond" (許願池的希臘少女), "Sky" (天空) and "Repeat Signs" (反覆記號). One of the singles, "Eyes Half Shut" (睜一隻眼 閉一隻眼) showcased a sexier image in the music video than the usual playful and cute one that was seen. This new image would later be seen in her latter releases. In early 2006, she announced that she would be leaving Sony in order to move to EMI Capitol. With her leave, Sony released a greatest hits compilation, J-Top. 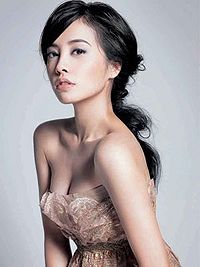 May 2006 brought fans a taste of a slightly different Jolin. Wu Niang featured stronger and sexier songs and dancing from the singer. This album's singles became some of her most popular such as the "Dancing Diva" (舞孃), "Pulchritude" (玩美), "Mr.Q", "A Wonder in Madrid" (馬德里不思議) and "Pretence" (假裝). This album was followed up by a popular tour featuring many acts like Stanley Huang, Rainie Yang, Show Luo and Elva Hsiao. Due to the success of the tour, a special album was later released in September of the same year. She ended the year performing many of her hits as well as winning several awards due to the popularity of her songs.

2007 proved to be a strong year. In June, a DVD featuring performances from her concerts in 2006 and early 2007 was released. Te Wu J was released in September of that year. This album showed off Jolin's improvement in dancing due to her need to learn poledancing and aerial silk dancing. This didn't come without injuries as she fainted due to almost paralyzing her right arm. Popular singles from the album include "Agent J" (特務J), "Alone" (一個人), "Tacit Violence" (冷‧暴力) and many others. The album topped year-end album sales, further proving her continued success and influence.

2008 saw the release of Ai Qing Lian Xi Yu, Jolin's first English cover album. It was not as popular as her previous albums due to the lack of promotion as well as conflicts dealing with its release date. It also marked her departure from EMI Capitol to Warner Music. The former company released a compilation of her many hits with the company in March 2009 with Jeneration Collection 2006-2009.

In 2009, Jolin switched from EMI Capitol to Warner Music Taiwan. Even with another label change, she is as popular as ever. The album has spawned several hit songs such as "Real Man" (大丈夫), "Butterfly" (花蝴蝶) and "Compromise" (妥協). Surprisingly, it was the most successful album in Taiwan for 2009 being the only one to pass 100,000 copies in the country alone. The album sold over 1,300,000 copies in Asia. 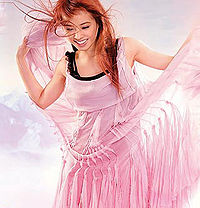 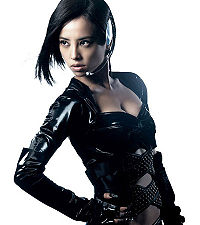 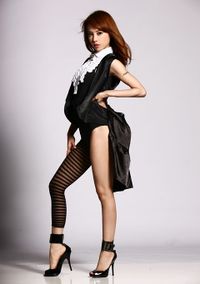 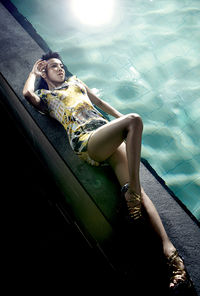 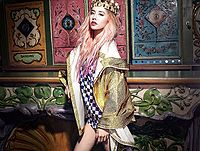 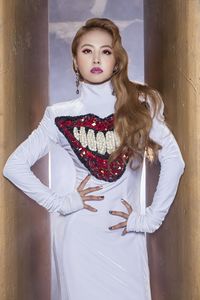