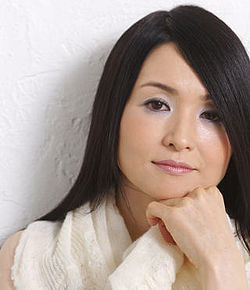 Karashima Midori tried to start her music career when she entered the 26th Yamaha Popular Song Contest in 1983 with her written song, "Ame no Hi", but didn't win the grand prix. After that, she worked part time studying songwriters after graduating from college. But four years later in 1987, she made her semi-debut with the single "Midnight Shout" that was used in the anime Makyou Gaiden Ledius. That same year, she started composing music for other artists, beginning with Nagai Mariko's "Hitomi Genki".

She officially debuted in 1989 with the single "Jikan Ryokou". But, it wasn't till her seventh single, "Silent Eve", that she got a big hit and her first #1 on the Oricon charts. Later that year, she would also when the Best 5 Singles Award at the Annual Japan Golden Discs Award with that single.

In 1994, she changed labels and went to Toshiba EMI, where she released the single "Aisuru Koto". The song won Karashima the Best Lyrics Award at the 37th Annual Japan Record Awards. About eleven years later, she later moved from Toshiba EMI to an indies label named Clover Records and later to Sony Music Japan in 2007.