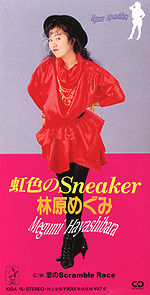 "Nijiiro no Sneaker" is the fourth single released by Hayashibara Megumi, and it is her major label debut. This single is often listed as her first single since it is her first released with her long time record company KING RECORDS. The title track was used as the theme song to Hayashibara's Heartful Station radio program. The song was used as the raido program's theme song for over 12 years and was replaced by "Makenaide, Makenaide..." in 2003. Both of the songs found on the single were later released on Hayashibara's debut album, Half and, Half, which was released just a few weeks later.

The single reached #43 on the weekly Oricon chart, and it stayed on the chart for a total of two weeks, selling 11,000 copies. 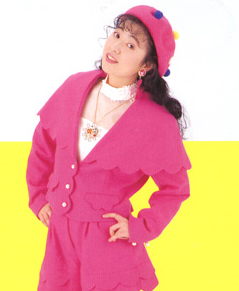 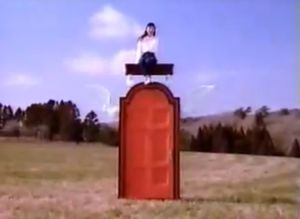 The music video for "Nijiiro no Sneaker" was the first actually video recorded by Hayashibara Megumi (her previous single recieved an animated video). The video starts with Hayashibara walking out of a crowed city bus station. While walking she sees a door appear and a child appears next to it soon after. Hayashibara goes into the door and the video goes on to show clips of Hayashibara and the child running, playing, and singing.