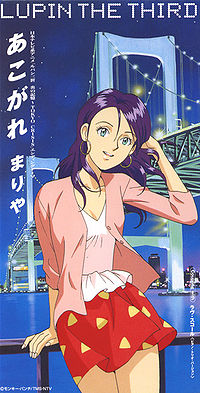 "Akogare" is the 31st single released by Hayashibara Megumi, and it is her 11th character single. The title track was used as the theme song to the NTV anime Lupin III television special, Honou no Kioku ~Tokyo Crisis~. The single is credited to Mariya (まりや), which is Hayashibara's character on the show. The single was released in a regular 12cm format in 2007.

The 8cm single reached #38 on the Oricon chart, and stayed on the chart for a total of four weeks. The 12cm re-released failed to chart on the Oricon.