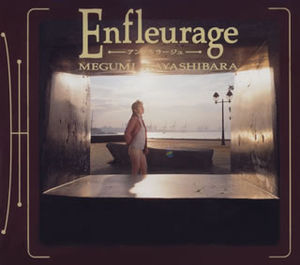 Enfleurage is the sixth studio album released by Hayashibara Megumi. All the songs on the album had previous tie-ins with different anime series, except for the final track "Machi e Deyo". The songs "It's DESTINY -Yatto Meguri Aeta- <New Version>" and "Reincarnation <New Version>" are a covers of Okui Masami's songs (whom recorded backing vocals for some songs on Hayashibara's previous album). The version of "Until Strawberry Sherbet" found on the album is a duet with American singer Greg Lee.

The album reached #6 on the weekly Oricon chart, and stayed on the chart for a total of four weeks, selling 97,260 copies. The re-release of the album failed to chart on the Oricon.