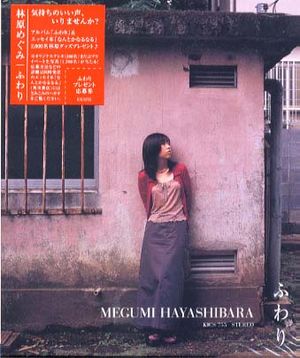 "Fuwari" is the ninth album released by Hayashibara Megumi. The album is Hayashibara's first since getting married in 1998. There were eight singles released leading up to the album, but only the latest single, "question at me", was placed on the album. The first press edition of the album comes in a cardboard box, with the CD and a 50 page hard cover photobook.

The album rechead #5 on the Oricon chart, and stayed on the chart for a total of five weeks. The re-release of the album failed to chart on the Oricon.