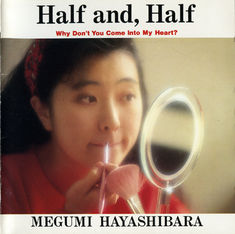 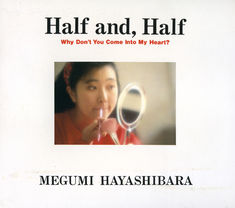 Half and, Half is the debut studio album released by Hayashibara Megumi. The album was released two weeks after Hayashibara's fourth single (though her first with major label KING RECORDS), and features both songs from the single. The chorus to "a Later Comer" was sung by Mitsuishi Kotono, whom Hayashibara later worked with on her 1993 single, "Lullaby Agetai".

On 2005.03.16, a limited edition re-release was issued along with all of Hayashibara's other album up through the VINTAGE albums. This version of the album featured all the tracks remastered and a 24 page photo booklet, all of which was located inside a special box.